About the RJ McCarthy 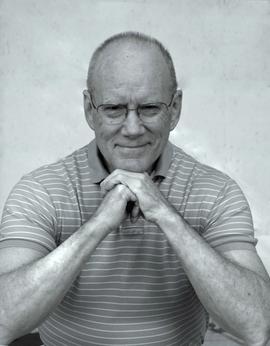 Raised in New York City and King’s Park, New York, fiction writer, RJ McCarthy, has lived in the South more than half his life.  He received his Ph.D. from the University of South Carolina in 1972 and worked as a Clinical Psychologist before retiring in 2006 to devote himself to writing full-time.

An athlete in high school and college, physical fitness has remained an integral part of his life – he earned a black belt in karate from Shotokan Karate of America at 34, placed second in the 90 kilo division of the Virginia State Olympic-style weightlifting meet at 39, and won the silver medal (shot put) in the North Carolina Senior Games at 60. Physical fitness is often a key feature in his protagonists’ profiles.

McCarthy is a member of the Virginia Writer’s Group, the North Carolina Writer’s Network, and both the Franklin County and Vance County Arts Councils.  He’s been writing fiction for 40 years and has a binder full of rejections to prove it.  Quarry Steps Up, crime fiction, was his first published novel. His latest release is Wilhelmina: An Imagined Memoir. Married and the father of two adult children, he and his wife, Susan, reside with two dogs and three cats in Henderson, North Carolina.