“I am Thelma, one of Wilhelmina’s daughters. I am now eighty-seven years old and have just finished reading the book you wrote about my mother’s short life. How can I begin to tell you how very much I appreciate your telling the story of her life. Imagined or not, it provided the opportunity to see life through her eyes and experience vicariously her joys and sorrow. What mysterious force could have driven you to tell the story of an ordinary woman whom you never knew. It makes my heart swell when I realize the depth of the emotions that compelled you to tell the story of a woman to whom you had no connection whatsoever. . .” 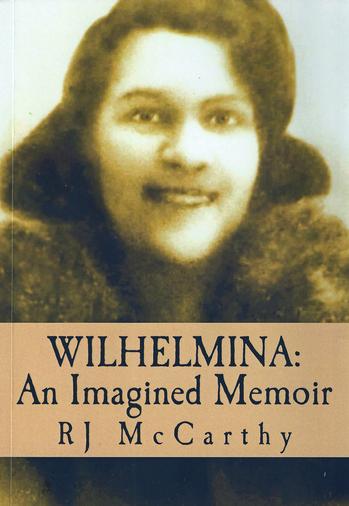 Wilhelmina Johnson Hamlin died in 1930, shortly after the birth of her sixth child.  She was twenty-six years old, remarkably unknown, and ordinary.  Yet in her “ordinariness,” she was an extraordinary human being.  A woman of color, living at a tenuous, often harsh, time for African-Americans, she created a legacy of love in her brief life.

Chancing upon her, the historical framework of her life was clothed by the imagined workings of a mind that bequeathed loving memories.  Her story unfolds as a series of linked chapters in which she explores the events that have shaped her life.  Through the prism of memory, moment, and thought, she cherishes the good, willing herself to ponder but not dwell upon the less than memorable.  The majority of her formative years spent in an orphanage, she weighs its effects upon the primary issues that color her life including family, loss, the mysteries of the world, her mechanisms for sustaining happiness, and, shadowing everything, racism.  Yet insistent as it is, she never allows racism, as it probes her thoughts, to appropriate them or her ample spirit.

Robert McCarthy has written an imagined memoir based upon limited oral history and few written records to create a sensitive portrait of a woman of color.  Written within the historical context of early twentieth century New York City, McCarthy uses his clinical psychology expertise to flesh out the story of the grandmother I never knew.  Wilhelmina emerges as a fully formed individual, who sadly lived only twenty six years, leaving six young children behind.  Her impact, however, is felt more than eighty years later.  I am so thankful for the precious stories that Wilhelmina's daughter Dorothy, told me.  These reminiscences, when shared with author McCarthy, were skillfully crafted to create the beautiful work that is Wilhelmina: An Imagined Memoir.