Where Seldom is Heard 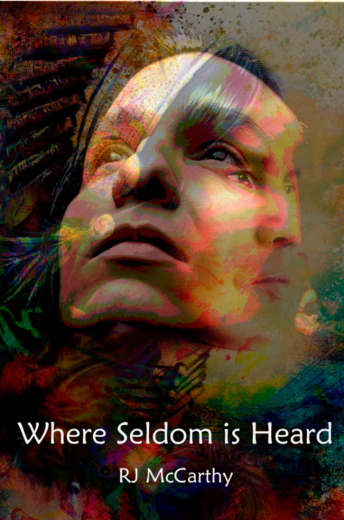 When Rudy Harrier, a nineteen-year-old Hunkpapa Sioux and college basketball star, learns that his sister Rose, fifteen, has been raped, his world turns upside down. Despite the entreaties of his parents, Rudy is bent upon avenging his sister. The rapist, Creach Laughing Horse, was considered an “uncle.”

Rudy returns to the Dakota reservation and, against the advice of many caring adults, seeks to bring Creach to justice. In turn, Creach’s relatives, stirred by his older brother, Mooney, close ranks to protect the criminal. Several violent clashes only harden Rudy’s resolve. Men on either side of the law detect a tribal future in Rudy and attempt to dissuade him from his vengeance path. But when he won’t be deterred, Rudy and Creach spiral toward an inevitable confrontation.

As Rudy’s moral values collide with his quest for vengeance, thanks in part to the quiet wisdom of George Wolf Spirit, his maternal grandfather, his awareness of his Indian heritage and his rooted connection to the reservation emerge with increasing clarity.