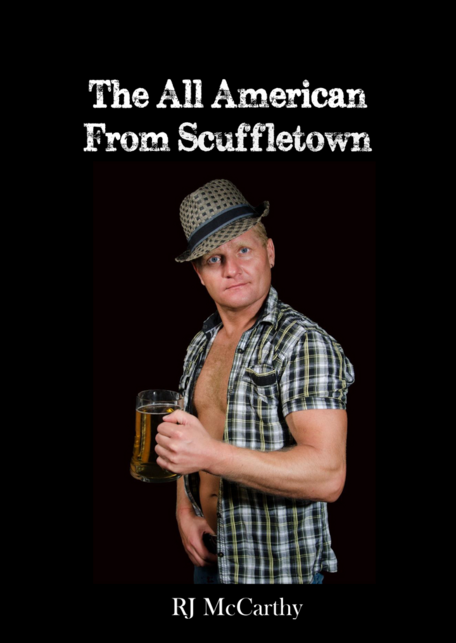 No, Bill Beladonchuk is not a sports hero.  He might have been had he decided to finish high school, but the streets of New York beckoned – more urgently after the successive deaths of his brother and mother when he was twelve.

By the time he’s twenty-five, Bill has been stabbed, shot, fallen from a three-story roof, and been hit by a train.  But he has also proved to be a skilled tradesman committed to a work ethic interrupted only by alcohol and sporadic encounters with the legal system.  Cross Bill’s sense of fairness at your own risk; he cannot abide bullying and is quick to stand up for “the little guy” – a conceptual stretch since Bill is 5’5.

According to his wife, Carla, “Everybody likes Bill.”  Well, not quite everybody.  At thirty, he’s ordered to leave New York or face personal reprisals against his family by two vindictive detectives.  Frustrated with their inability to convict Bill for complicity in the murder of a drug lord (this time, he was not guilty), the detectives relentlessly pursue Bill for five years waiting for him to tire of their harassment and react.  What his oppressors fail to understand is that nothing can daunt the exuberant will of this survivor.  You see, when Bill is pushed, he laughs; try to intimidate him, he laughs even more.  But when his Forest Gump ethics and his New York attitude collide, look out!  The adventure begins.

Ultimately to protect them, Bill follows his wife and children to Florida where he spends twenty uneventful years hard-laboring to support them – the adventures continuing – until he is felled by a stroke at forty-eight.

Now confined to a wheelchair at fifty-four, living in North Carolina with Carla, his wife of thirty years, his left side paralyzed, Bill has lost none of his humor or verve for life – or his taste for beer.  Neither bitterness nor self-pity can penetrate his gratitude for the life he’s had.

Bill’s story is told in a Rashomon style with each chapter presented from two points of view – Bill’s and one of many multi-ethnic characters who intersect and, at times, bump against his life.  What appears is a portrait of a life often overlooked and under-appreciated in our society, the life of a have-not who recognizes what he has, a life brimming with humor, adventure, unrecognized intelligence, and despite all, a fractured but unbreakable morality.  And in that portrait, Bill emerges quintessentially American in his attitudes and attitude.Type your paragraph here.